On this page you can see a variety of old postcards of the cathedral, collected and scanned by our treasurer. Click on any card for an enlarged view in a new tab.Then click again for full resolution. Close the new tab to come back to this page.

Our thanks to Charlie for preparing and annotating this collection of photos. 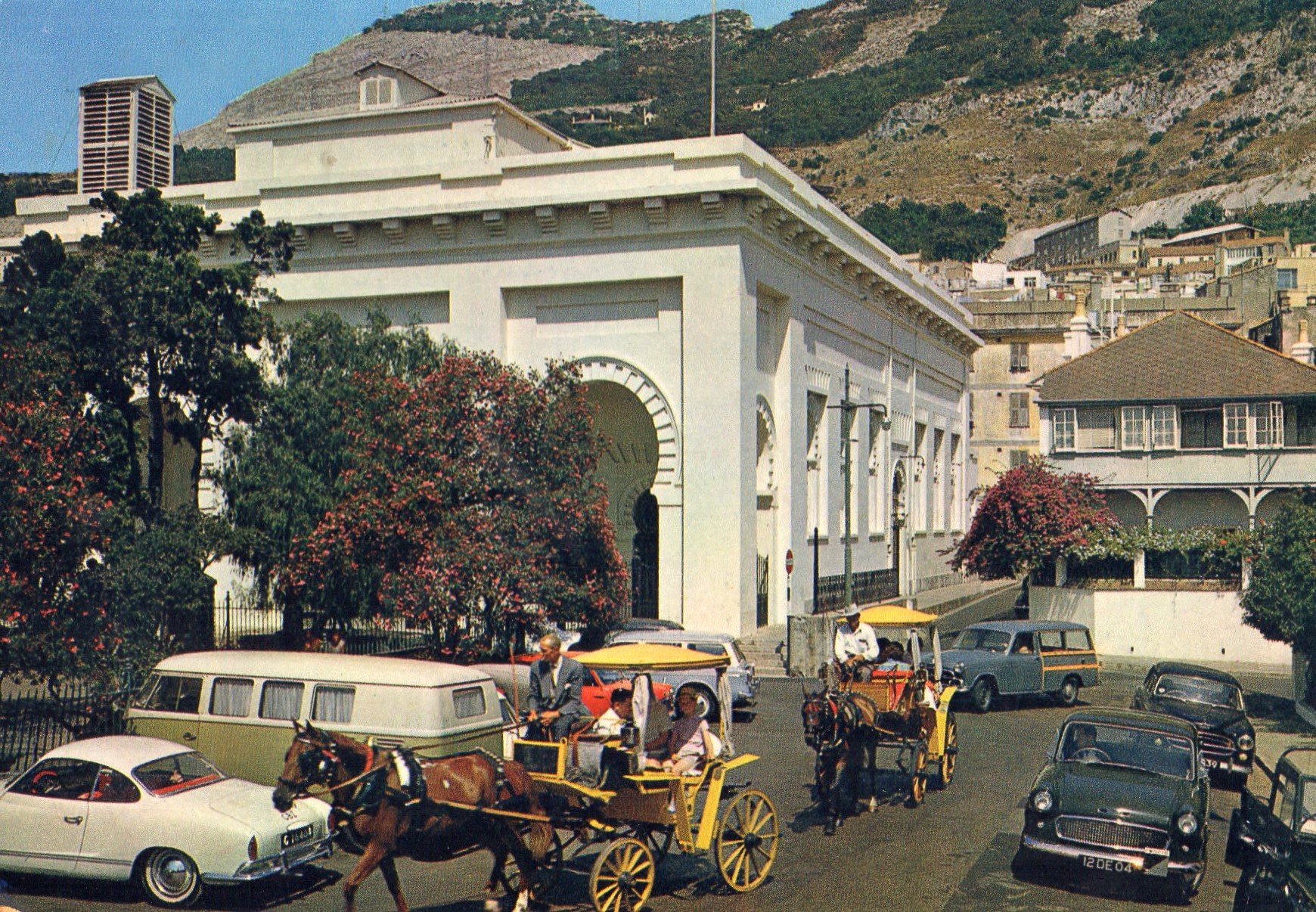 South West view of the Cathedral in the 1960's showing two local gharries which were Gibraltar's particular hackney carriages. 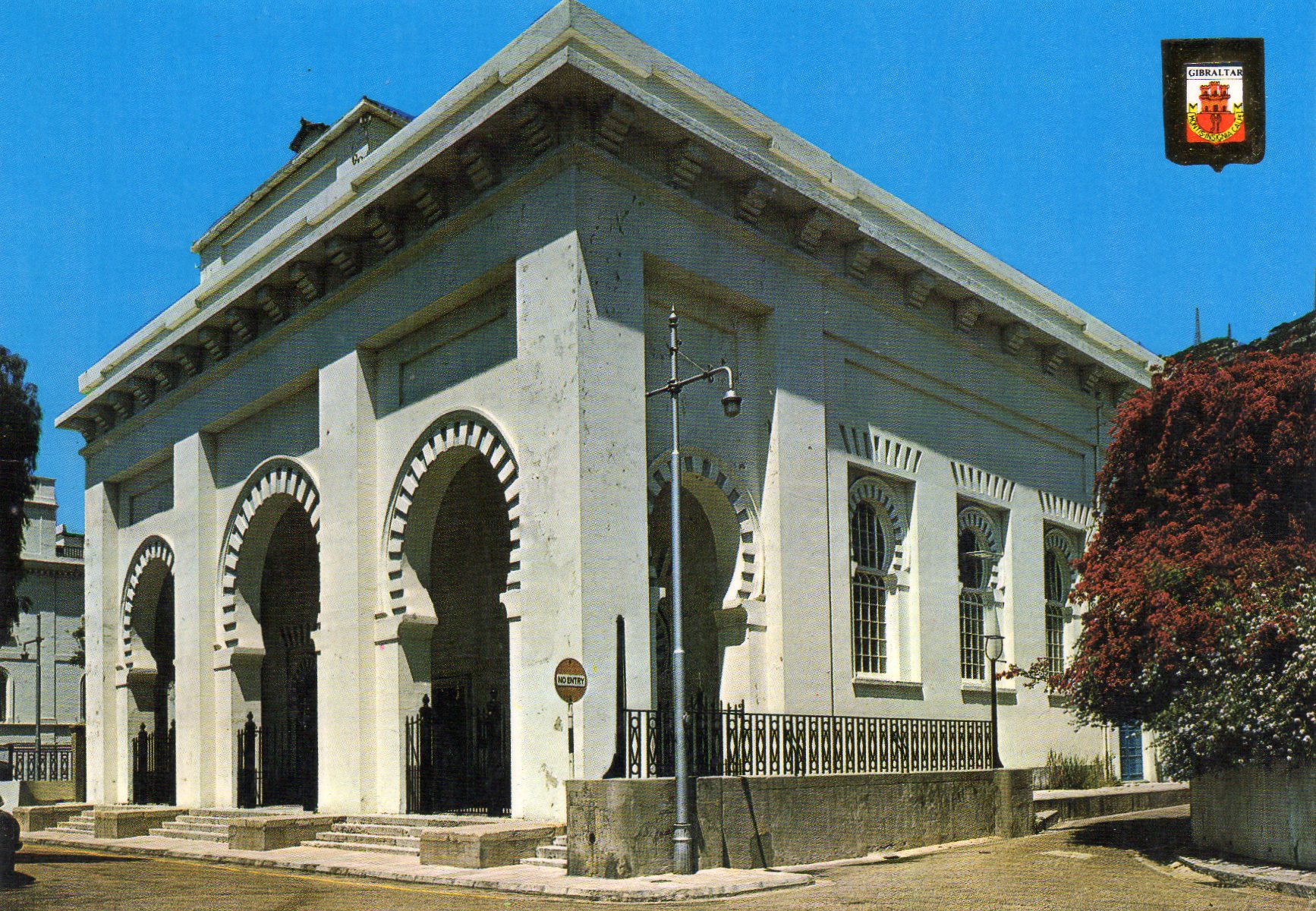 The very well known south west view of the Cathedral with the Gibraltar Castle & Key Badge on the top righthand corner of the postcard. 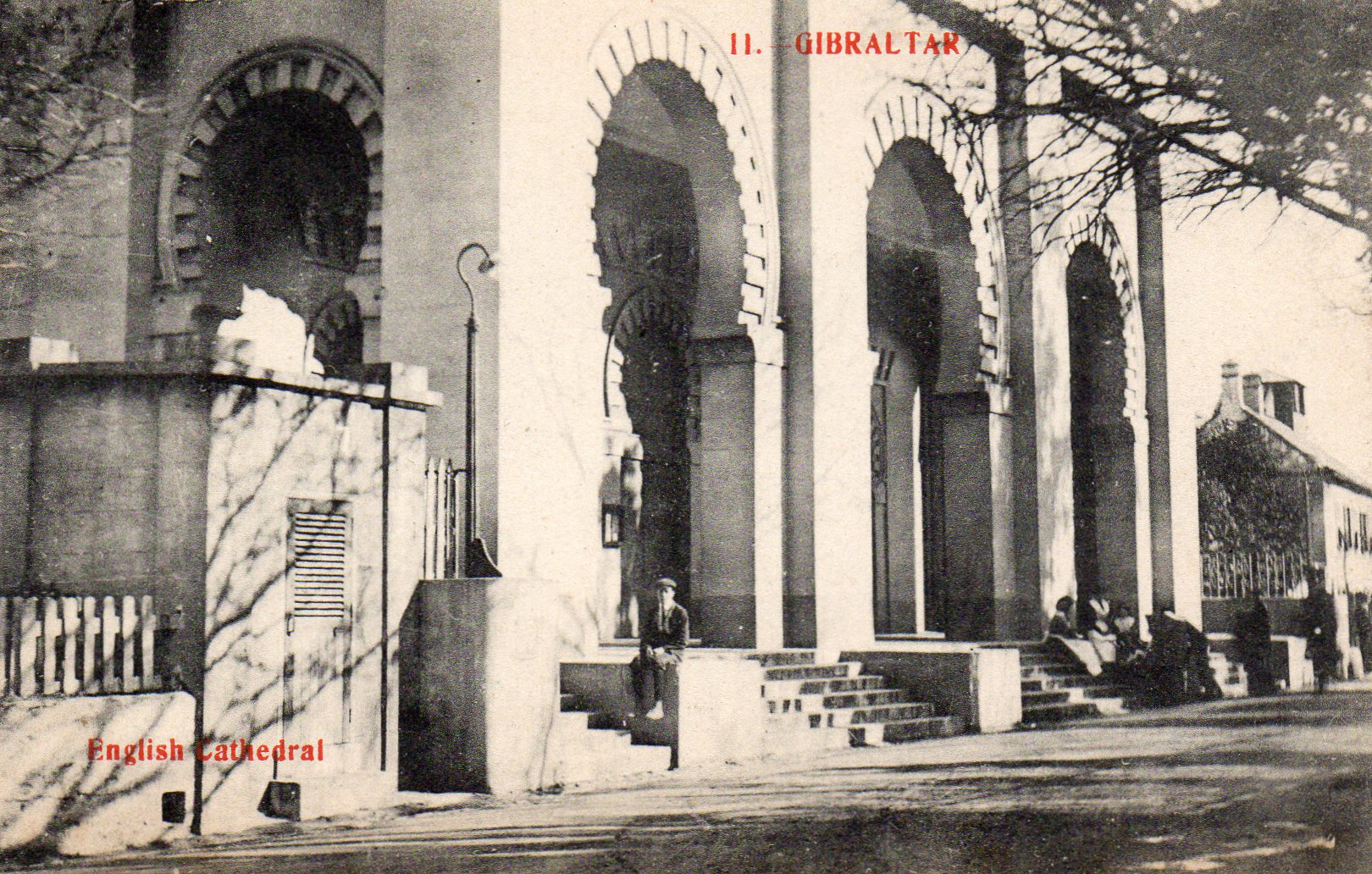 Described as the English Cathedral. The days before the railings and metal gates were fitted on all the porch arches. 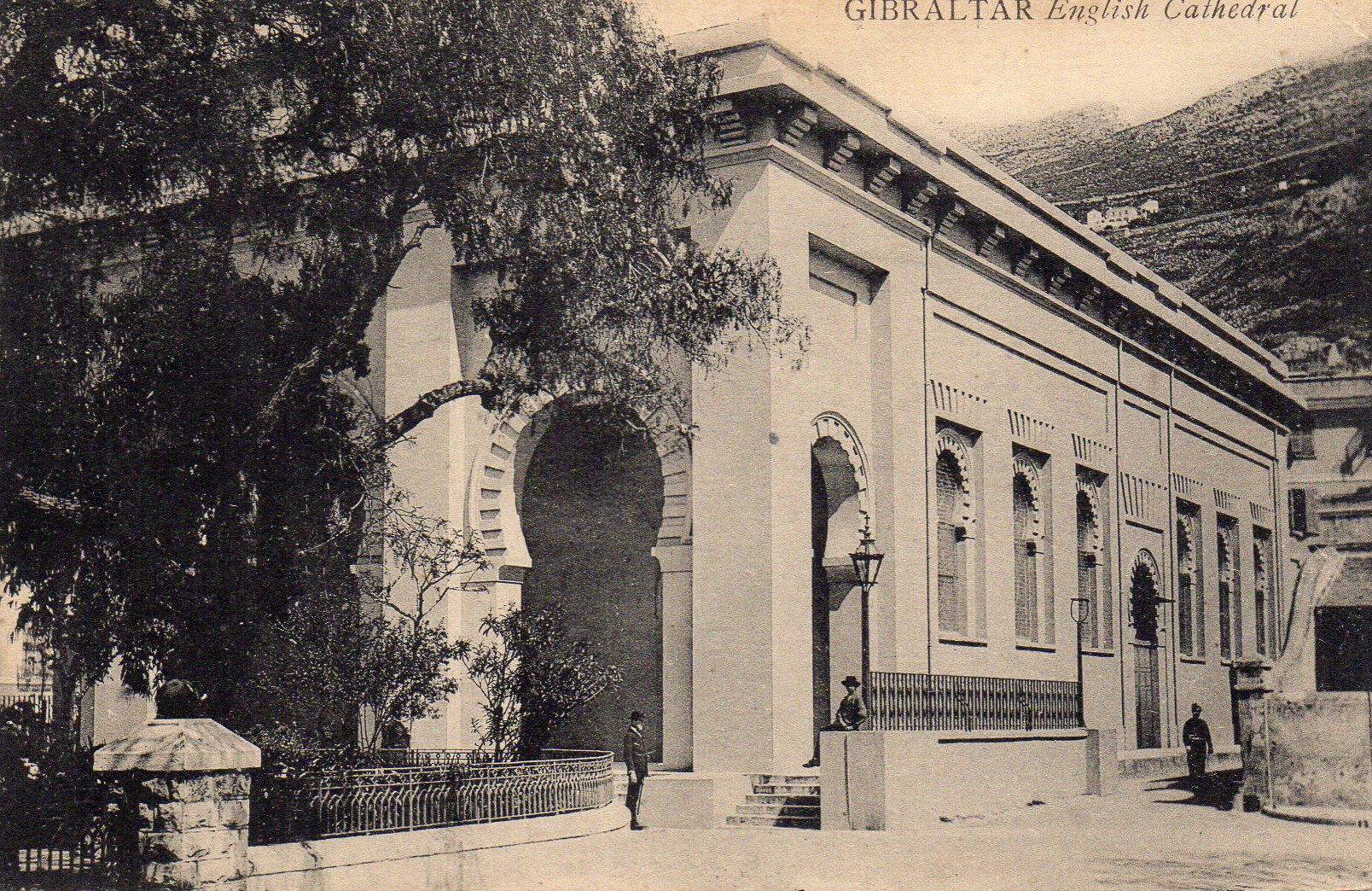 Another south west view of the Cathedral very early in the 20th Century. 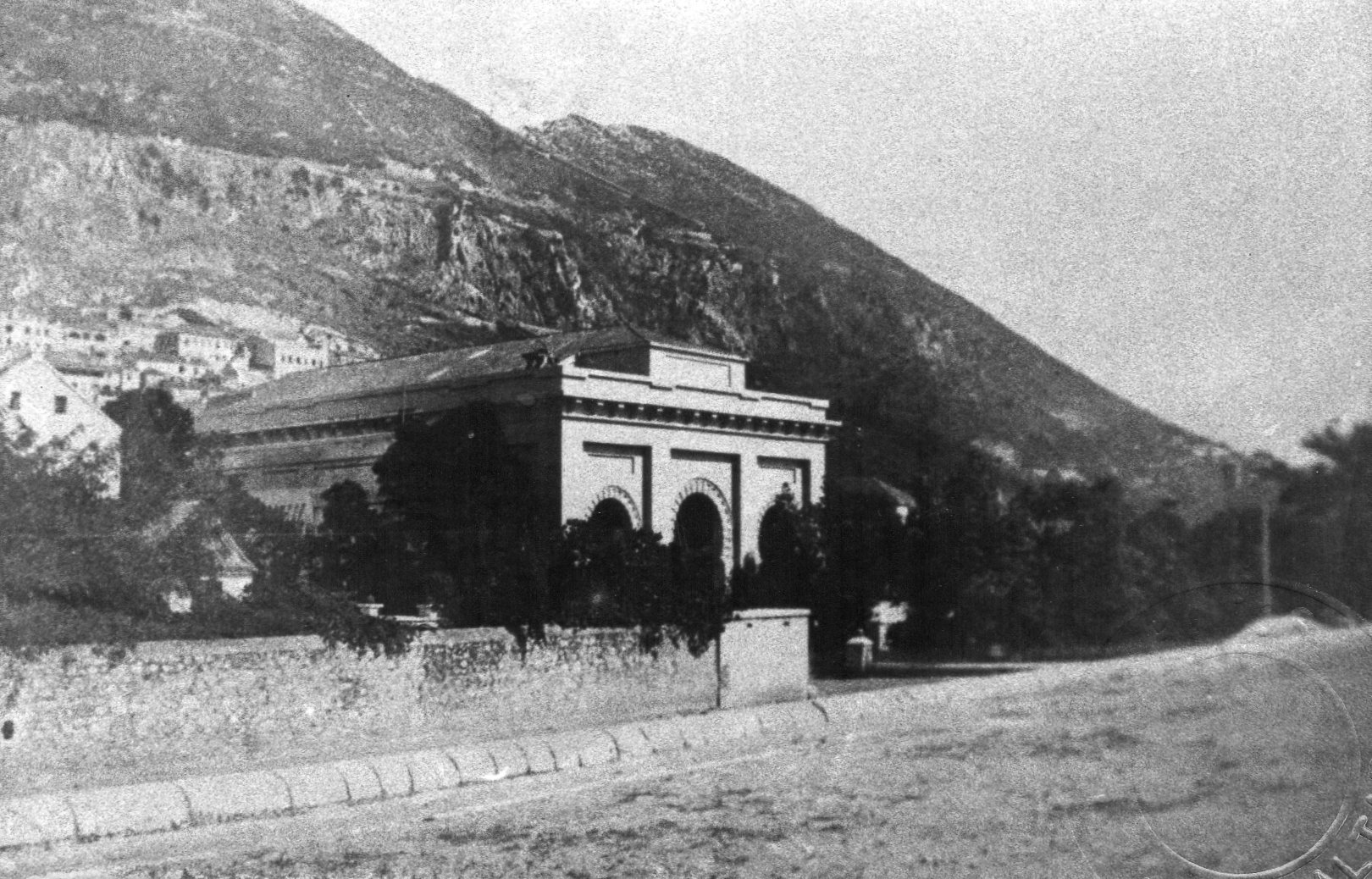 A very solitary north west view of the Cathedral with very little else around it. It also shows the elevated promenade across the Road when it did not even have the railing on the surrounding step. 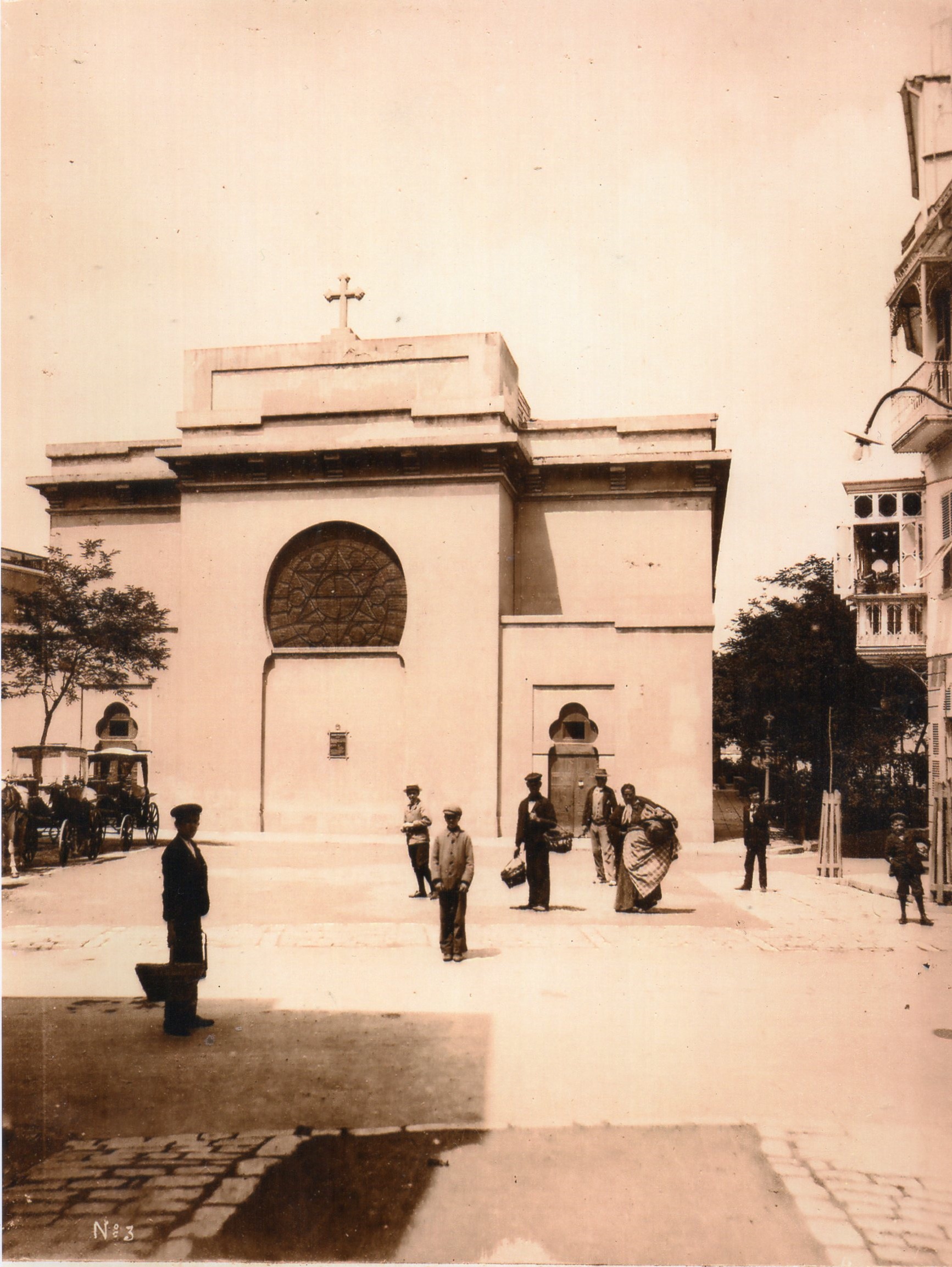 A view of the east elevation of the Cathedral showing the days before the vestry was built along the north side of the building. Note the gharries parked on the left of the picture where we today have a taxi stand. 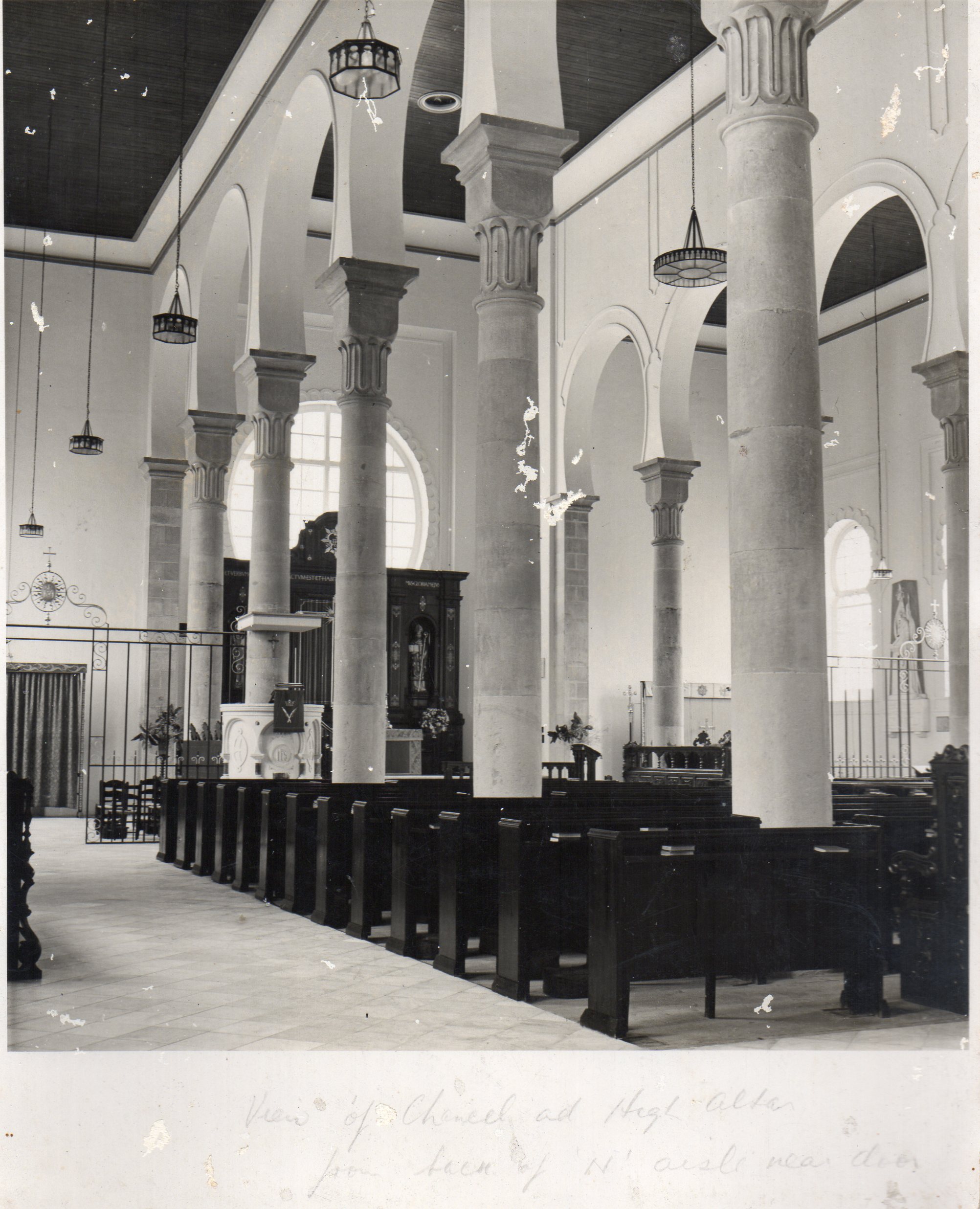 A view taken inside the Cathedral from the North aisle showing various changes: No altar in the Lady Chapel, a curtain covering the door to the backroom. A different pulpit canopy. A kind of screen covering the door in the St George's Chapel leading to what was a mortuary and is now the charity shop. A chandelier above the centre aisle. Some extra pews along the North wall and no stained glass window above the high altar. This was probably just after the Bedenham explosion in 1951 when the previous stained glass window and all the glass in the Cathedral was lost. 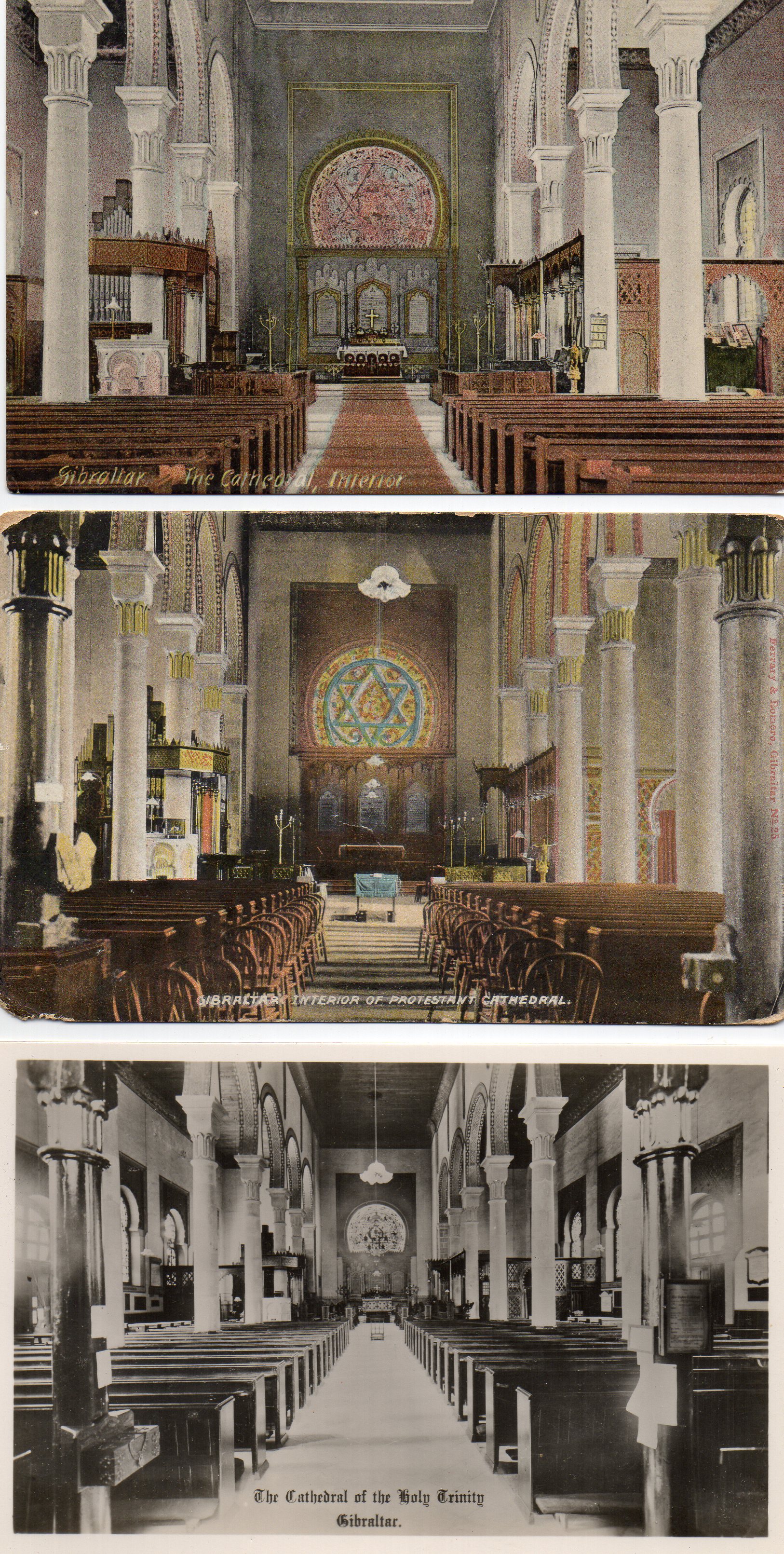 Three similar views of the Main altar showing the previous stained glass window depicting the star of David. The organ can be seen in the Lady Chapel on the left hand side before it was moved to the organ loft built at the back of the church. Another different canopy to the pulpit. Very ornate canopies above the choir stalls in the Sanctuary. A very Moroccan style screen in the St George's Chapel. Notice the decorations on the arches above the columns. 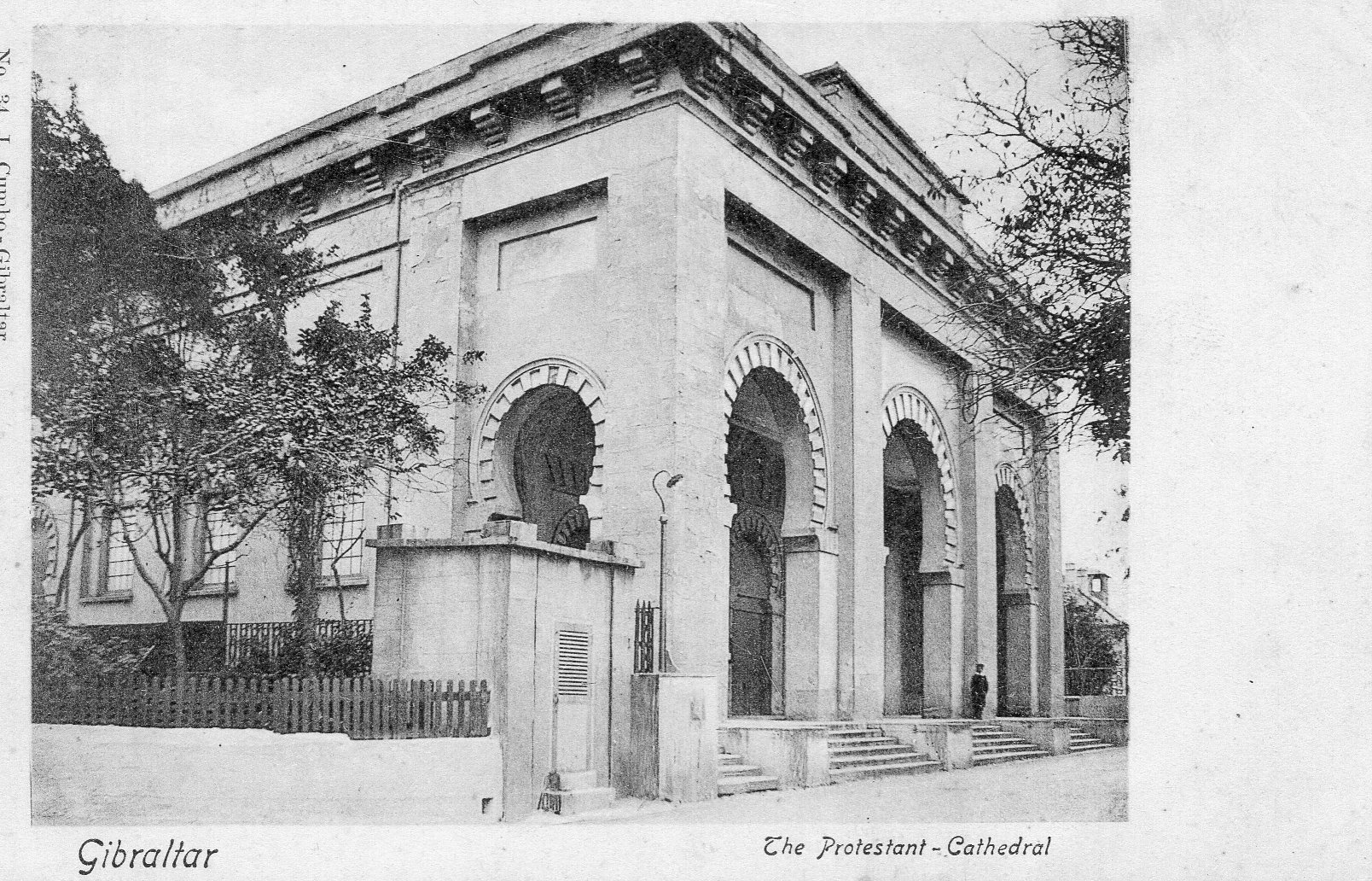 A north west view of the Cathedral showing the garden along the north face before part of this was demolished to make the Dean's car park. The postcard is titled The Protestant Cathedral. 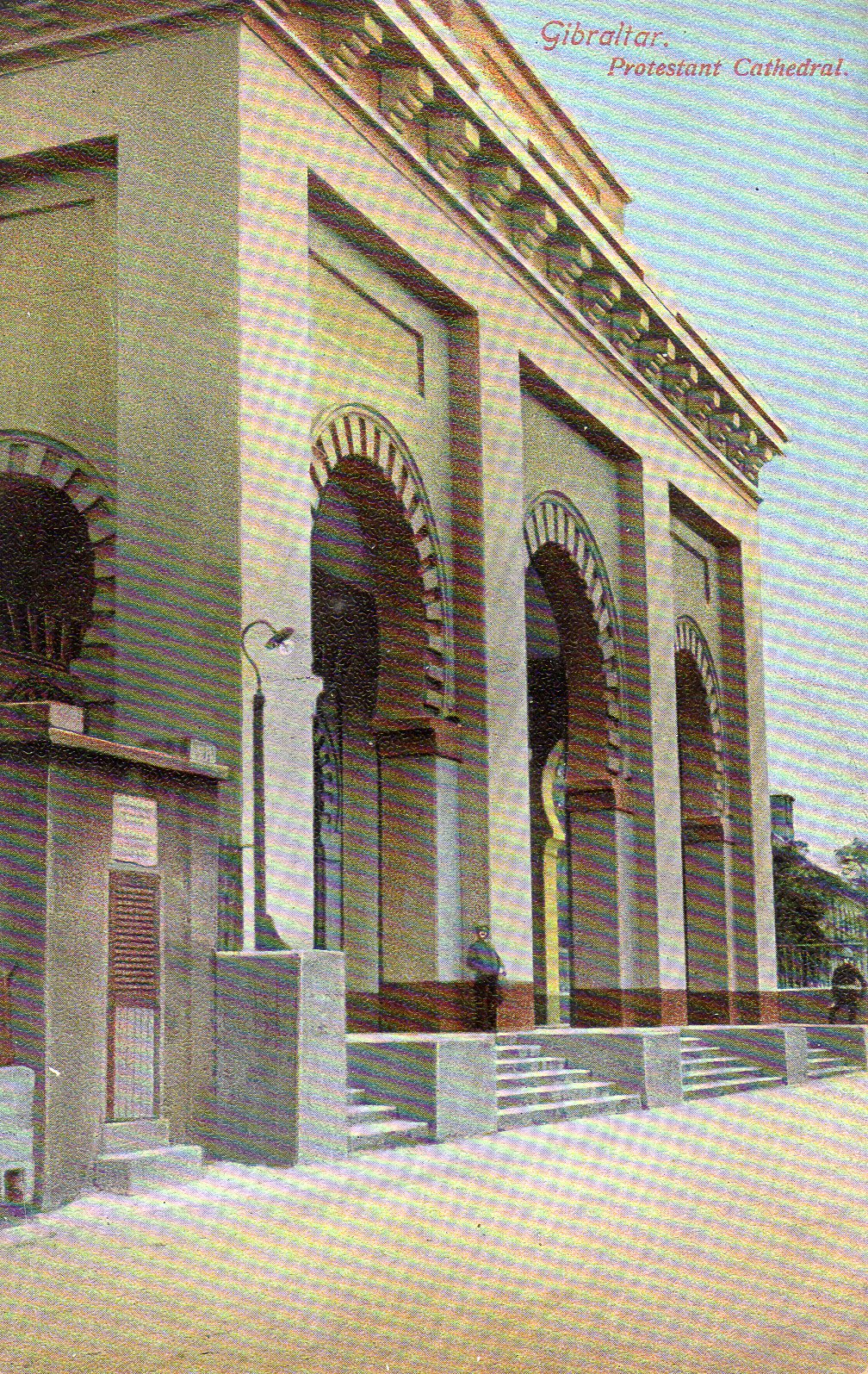 A view of the main West entrance again with no railings or metal gates along the arches in the porch. 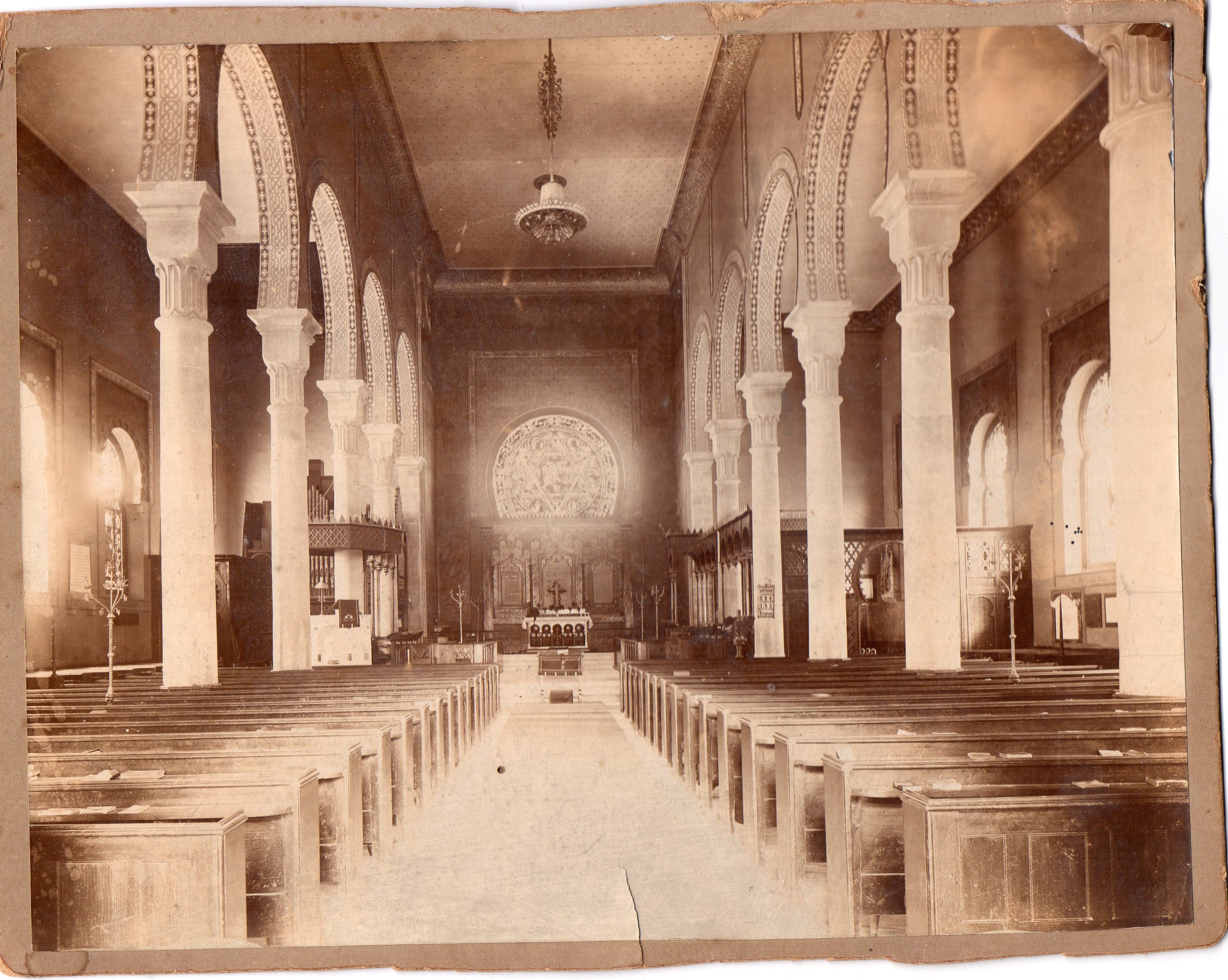 An enlarged photo of the high altar and centre aisle taken in 1900. This picture shows the beautiful decoration around the edges of the arches supported by the columns.

The next photograph was taken on 9th January 1936 with a closeup of the Sanctuary. It shows a smaller altar to the one we have today and the previous reredos which depicts the Words of our Lord's prayer and the ten commandments. The chancel steps were carpeted and the cross and candlesticks on the altar are those used today in Our Lady chapel. There was no Bishop's throne on the left corner and the altar rails were different to the ones in use today. At the edges of the choir stalls one can see wooden carved Stars of David which must have been removed some years later. 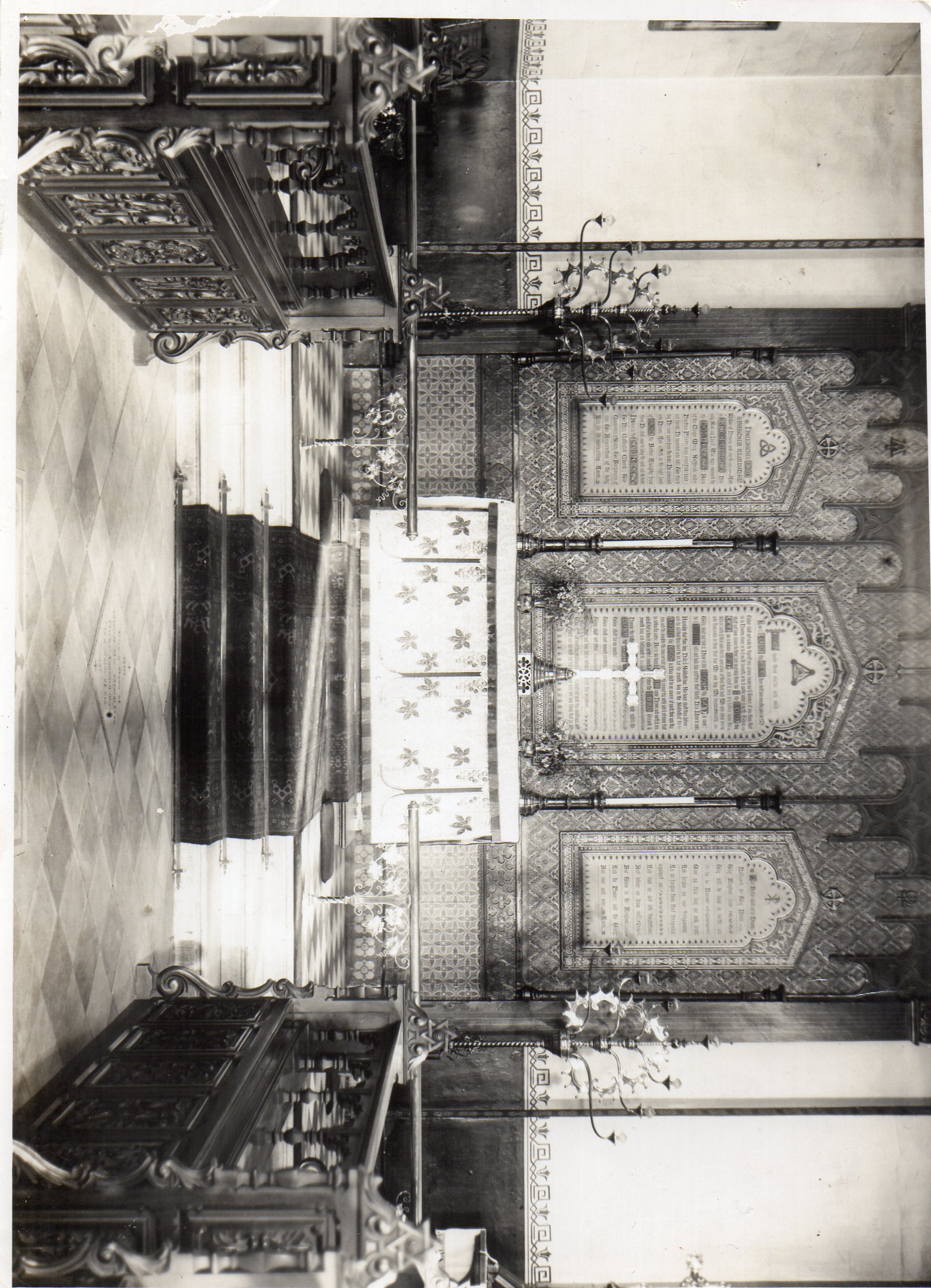 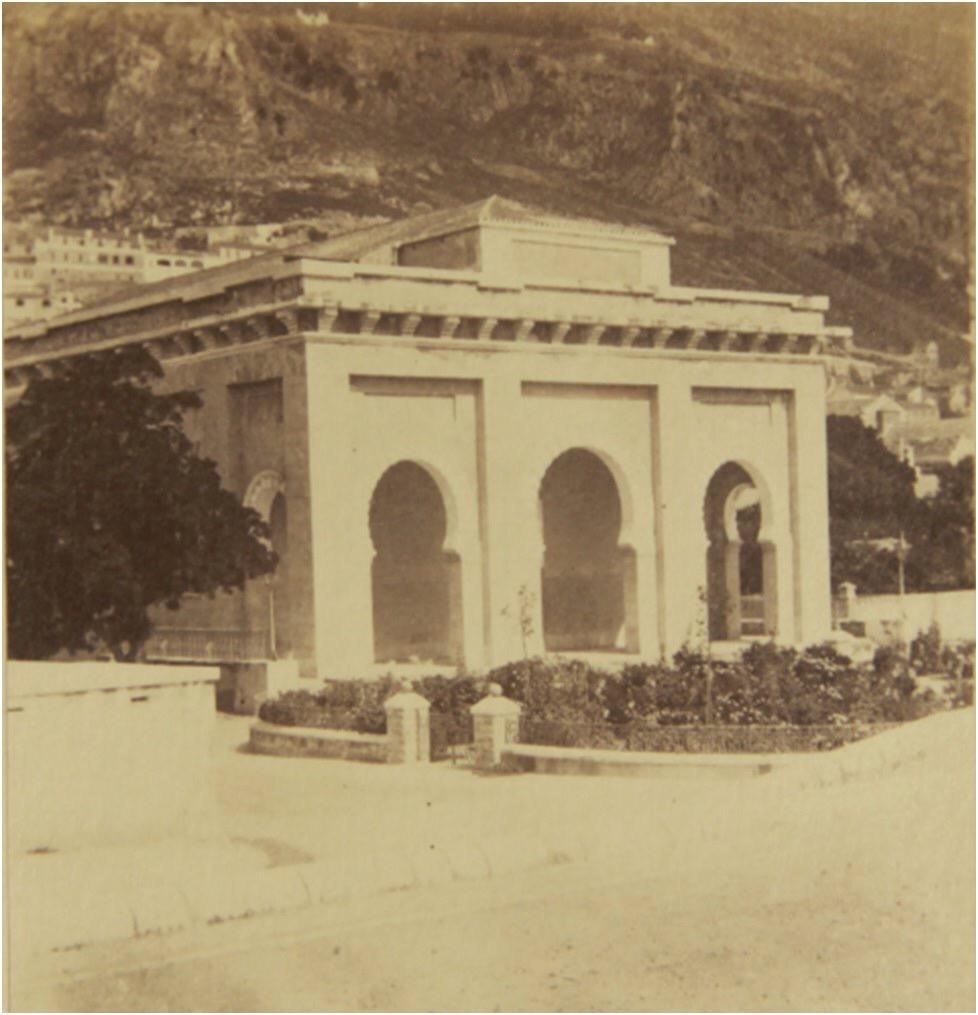 The Cathedral in the very early 1900's showing a little garden outside the Cathedral where today we have the children's circular playground.